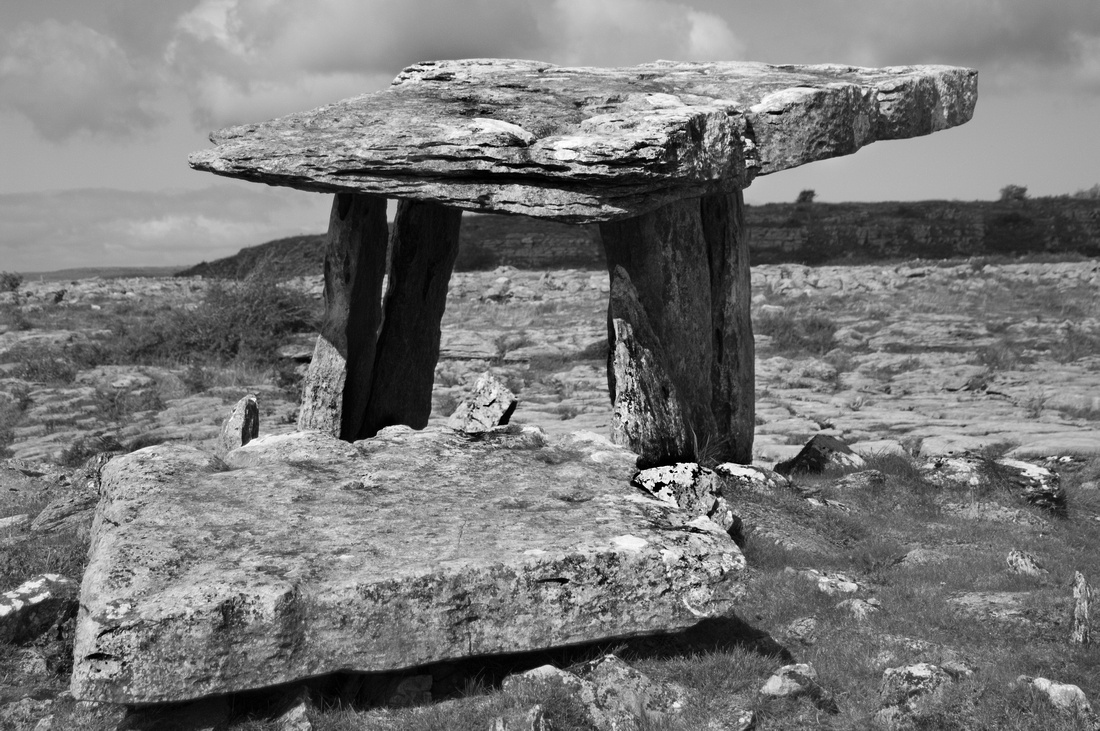 The Poulnabrone dolmen is located in a rocky field in the remote, mountainous area near Poulnabrone, Kilcorney in Ireland. Poulnabrone dolmen was used as a ritual center well into the Bronze Age, with evidence that it was in use even into the early medieval Celtic era. It may have also served as a territorial marker in the Neolithic landscape, being located in a significant position widely visible from all directions and close to the important north-south route from Ballyvaughan Bay south to Kilnaboy.4 It is possible that the inhabitants of the region erected the structure to define the northern border of their territory 5, as well as using it as a burial site. Access the Northstar Gallery with the Poulnabrone image by clicking here.

Poulnabrone is part of an extensive array of standing stones found through-out Great Britain, Scotland, Ireland and Europe that affirms a deep interest in spirituality reaching back more than 5,000 years. Standing stones share parallel perspectives with the American Indian's concept of Manitou. Manitou is often expressed as a circular enclosure and other structures surrounding a grave. Both this and the ‘obtuse cone’ shaped cairn were gathered in the same manner. Every Indian, at least of the tribe to which the deceased belonged, considered himself to be under a sacred obligation, whenever he passed by, to add one stone to the heap. The Manitou cairns, like Poulnabrone, were frequently located on high, and solitary, grounds, remote from any settlement. They were considered as consecrated ground a sacred location on high.

Manitou saw spiritual elements inherent in the rocks and stones as well as other manifestations of nature such as mountains, wind, clouds, rivers and rain. It can be assumed that Standing Stones, such as Poulnabrone and Stonehenge and Manitou, share parallel perspectives with: spirit stones, Suiseki, Suseok and Scholar Rocks originating in Asia. However it was not until the late Tang dynasty (618-907) that scholar’s rocks began to be collected in earnest.

Some of the first evidence of stones having a spiritual element can be found in the early Neolithic period, 7,000 years ago, where highly prized stones and jade have been found buried in tombs. Stone projectile points dating back 64,000 years have been excavated from layers of ancient sediment in Sibudu Cave, South Africa. The exquisite attention to beautiful form and design of ancient points suggest a deeper significance beyond functionality as a tool and may share the spiritual connotations of other stone expressions. The following image is from the Northstar Gallery series Arrowheads 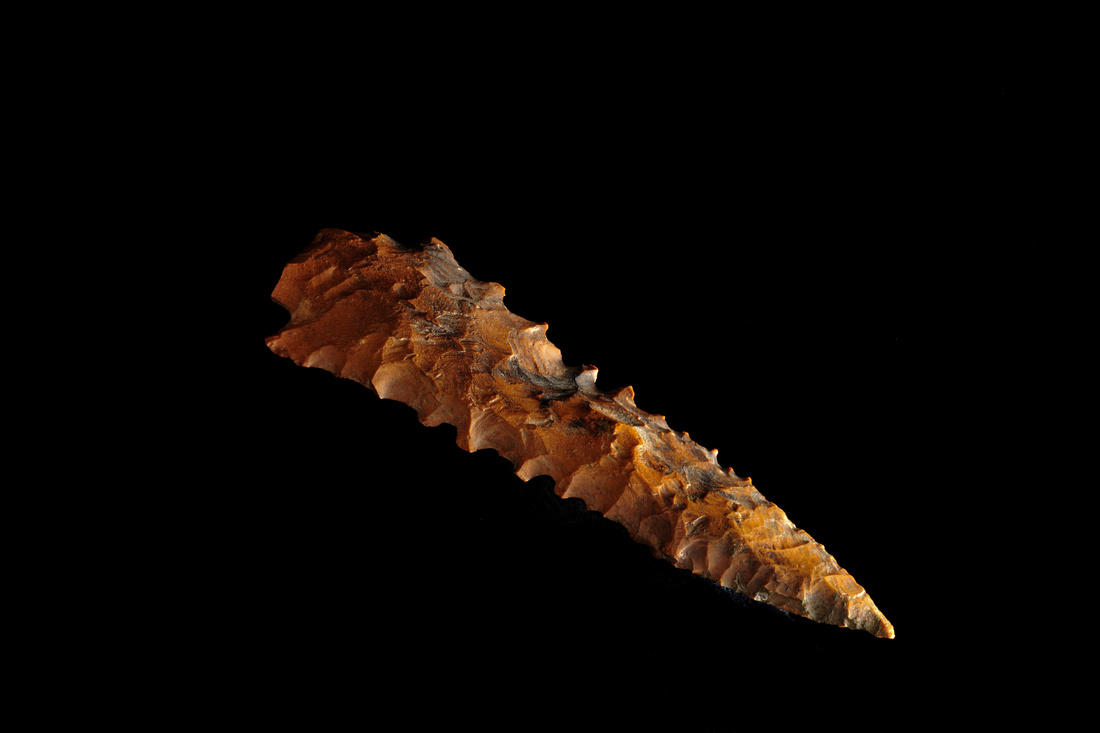 Radiocarbon dating indicates that the Poulnabrone tomb was in use as a burial site between 3,800 and 3,200 BC.

During the excavation of Poulnabrone, the remains of 33 people were found buried underneath the monument. All but one of the adults were under the age of 30. They were established as having lived between 3800 and 3200 BC, and because the ground did not become an ongoing burial site over millennia, they can be assumed to have been elite members of their community. 4 Personal items buried with them included a polished stone axe, jewelry in the form of bone pendants and quartz crystals, as well as weapons and pottery. 4,11 The fact that none of the skeletons was intact 4 led to the conclusion that the site was not intended as an ongoing burial place: instead, the bodies were jumbled chronologically, rather than having been buried sequentially. Only one adult seems to have lived past 40 years of age. 12

The rich and deep history of Spirit Stones, Suiseki, Gongchi, Standing Stones and Manitou affirm an interest in spirituality and the unity of creation from the earliest of times that humans began their walk on earth.