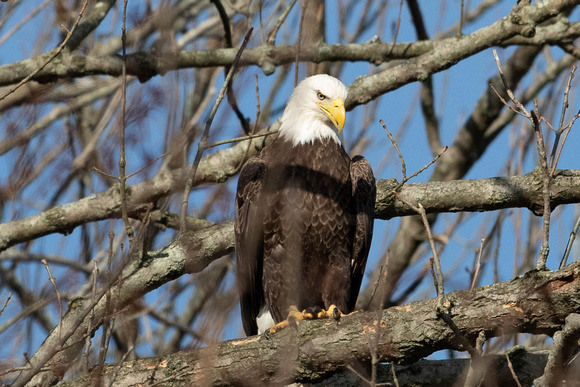 Last week I had the opportunity to photograph eagles at the Conowingo Dam. The dam is on the Susquehanna River on the Maryland border just north of where the river joins the Chesapeake Bay. The area is one of the most significant eagle nesting, feeding and breeding areas on the East Coast. At any one time there may be as many as 200 eagles in the area. The dam is a hydro electric facility and it appears that when the turbines are operating fish that pass thorough the turbines are temporarily stunned making them easy prey for the eagles.

The orbiting eagles visually lock on to a target, enter into a high speed dive and then use their powerful 6 foot wing span to flair just before contact with the water. If on target they pluck a fish floating just below the water's surface with their 2" talons and then climb into the air with their prize in tow. It is common for other eagles, especially younger ones, to try to steal the fish in mid air. The eagles can be observed engaging in aerial combat, flying inverted, locking talons and even catching a dropped fish in mid air. There is some thought that much of this aerial circus is actually training flights where the older eagles are teaching their younger offspring the finer points of aerial competition. Sometimes the eagles are at a distance orbiting in the middle of the river, other times they come close to the shore and seem to put on an aerial show for the pleasure of their audience. It is common for the eagles to fly overhead and roost in the trees along the shore. Eagles have hyper visual acuity and they miss nothing in their domain. It is quite clear, that in this arena, these eagles are the apex predators.

During the winter months, the area attracts eagles from up and down the East Coast, the water downstream of the dam never freezes because of its turbulence, so it remains an extravagant feeding ground during these winter months.

These images were made with a Nikkor 500mm lens and are heavily cropped using less than 10% of the image. There is a steep learning curve in photographing birds in flight and I expect the imaging to incrementally get better with  more time at the dam. 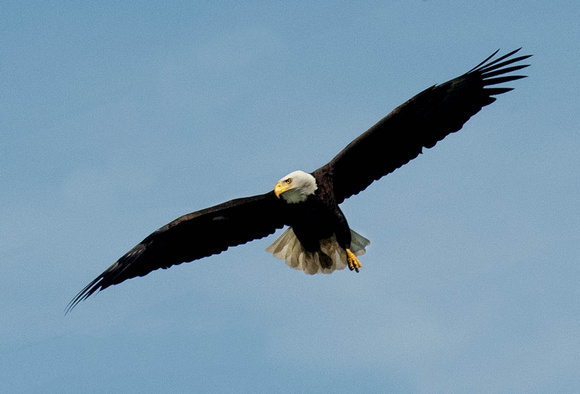 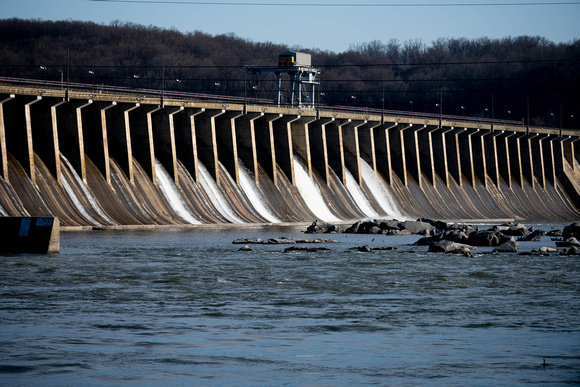